Identity is a cloud. Let’s write down the book of water.
From the times of the Greeks and Latins, statues needed to exorcise the ephemeral nature of things, that is death itself.
GLAUCOCAMALEO is a film that , by contrast, celebrates mutability and the erosion of boundaries between things.

GLAUCOMALEO is a design platform. It’s a movie that generates different declinations of the same theme (it will be an exhibition at Museo Marino Marini), it’s a starting point, a presupposition, to develop a research focused on changes in state, on the will change, on admixture and on mutual amplification between contemporary languages, cinema and contempoarary art.

GLAUCOMALEO is a sci-fi documentary.
It explains the embryonic forms of the future, found in the present. The future is among us and this movie describes it intersecting different sources and languages.
Water, specifically in one of its three states, the ice, it’s the movie’s core.
Water shows us how things are, that nothing is stable, that the time’s flux and events’ strain forces us to open ourself to the world.
Water is not singular, it’s plural.
It’s an infinite series of forms, relations and content.
The narrator of the film is Kary Mullis , the most controversial among contemporaries scientists: Nobel prize for chemistry in 1993, surfer relentlessly, he has often argued that his discoveries were facilitated by extensive use of LSD, he has expressed great skepticism about the existence of global warming as well as he said to have been kidnapped by alien beings .
His figure has been of fundamental inspiration and consequential to the meanings generated by the movie itself: the image of a scientist always been able to satisfy their own curiosity and obsession, a contemporary Prometheus that questions hierarchies , values and conventions.

GLAUCOCAMALEO is the result of two years of work that led the artist and his crew to probe and investigate different places including Italy , Europe and the United States. From the House Saldarini, symbol of radical and organic architecture inserted in the Tuscan Maremma, to the largest glacier in Europe at the Furka Pass (CH), Skagen in Denmark, where the North Sea and the Baltic Sea meet, down to the beaches of Newport Beach, the residence of the Kary Mullis .
Identity is a cloud. Let’s write down the book of water. 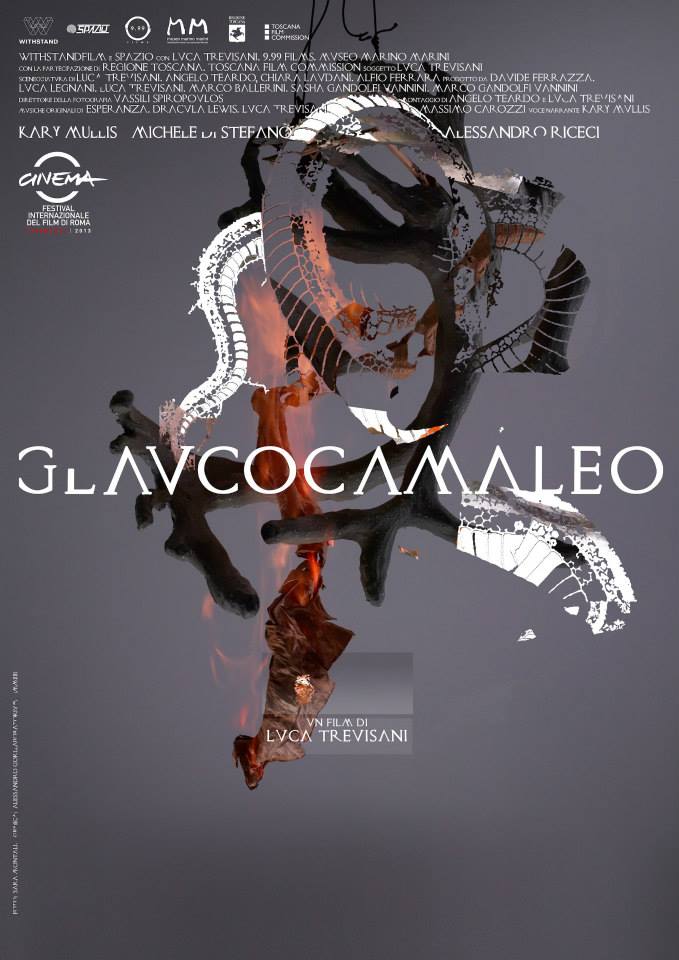